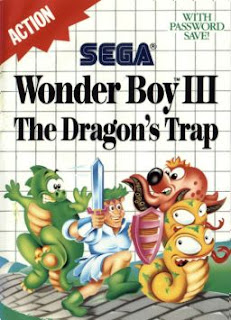 Here are some quick news regarding my side projects, and it's not about Emux this time. As it turns out, I have been working on a video game for the past few weeks, leaving emulation aside for some time. And not any video game, a remake of one of the bests: Wonder Boy III: The Dragon's Trap! Wikipedia describes it as a "platforming and action-adventure video game developed by Westone, published by Sega and released for the Sega Master System in 1989". It's definitely one of childhood favorites which I certainly spent hours playing as a kid, and it is now about to get a modern revamp by development studio Lizardcube (published by DotEmu). Check out the trailer below:

The story of how I came to join the development team is pretty random: as I was looking for a UI toolkit, I came across ImGui, a "fast, portable, renderer agnostic and self-contained graphical user interface library for C++", which is when I noticed the author of the library was Omar Cornut, a name I was familiar with thanks to his work on MEKA. After looking around for his latest work, I realized he had created Lizardcube along with Ben Fiquet, a video game studio currently developing Wonder Boy: The Dragon's Trap. I reached out to Omar, mentioning similarities in my background along with my love for the game, and joined the team soon after. The experience so far has been very rewarding, and I'm grateful I was given the chance to work with a team of very passionate and talented people. Stay tuned for more announcements soon!
Posted by Unknown at 5:50 AM